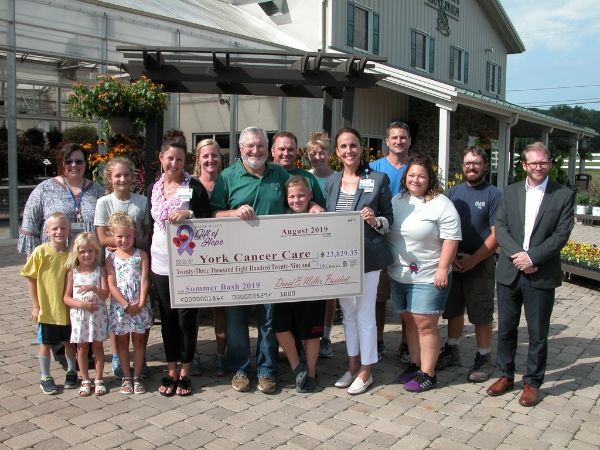 The day’s festivities began with the 3rd Annual Farm Fresh 5K. Dustyn Miller, 5th Generation Farmer at Miller Plant Farm, welcomed racers by saying “I want to take a moment to thank all of you, the participants. By participating in the 2019 Farm Fresh 5K you are some of the first folks to officially contribute to the Diane Miller Gift of Hope Fund. This fund has been established just over the course of last year so that we may continue to support those in our community in need of assistance with living expenses while undergoing their battle with cancer. The money raised from the race will now be collected in honor and legacy of my mother, and to many of you a friend and neighbor, Diane Miller”.

Out of a field of 200+ runners, Christopher Martin of York had a winning time and new record of 20:17. Second place Mason Meads of York with a time of 20:36 and Joseph Rizzuto , also of York, third with a time of 20:58. Emily Fuller of Mechanicsburg was the top female running with a finishing time of 21.27. The top male and female winners received a $50 gift card to the Miller Plant Farm and Metro Diner.